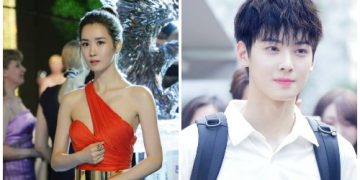 Recently, the information that actress Lee Da Hee will replace the role of Seo Ye Ji in the drama “Island” makes the audience excited. Previously, Seo Ye Ji was forced to withdraw from the film due to the scandal of the fake skhans who worried about the crew and the two male leads Kim Nam Gil and ASTRO’s Cha Eun woo.

Lee Da Hee’s agency later released a statement to the media, revealing that she is in active discussions for the role.

Island is about a beautiful island near Jeju, in the South of Korea. The island hides a deep secret – a monster that seeks to erase all traces of humans on the island over time. Lee Da Hee will play a corporate heir, Won Mi Ho, who visits the island.
She will have interesting stories with Kim Nam Gil and ASTRO’s Cha Eun woo in this drama.