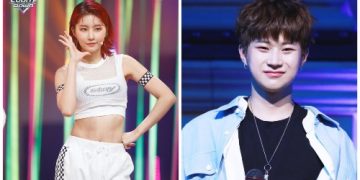 Momoland’s Hyebin and former UNB member Marco have officially confirmed their dating relationship after their dating rumors went viral on social media.On May 17, Momoland’s agency MLD Entertainment announced, “It’s true that the two are dating. However, because it is their private life, it’s difficult to reveal any specifics.”

Finally we’re getting some idols that are brave enough and willing to put everything on the line for the sake of normalizing dating among idols/actors. I think if more and more come out in the open it’s going to make a huge impact for the better. So happy for them! Congratulations and Fighting!