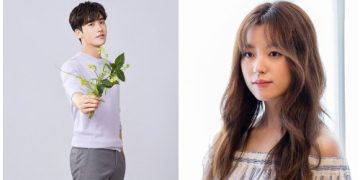 According to news from naver this morning, Park Hyung Sik, Han Hyo Joo and Jo Woo Jin have confirmed to join the cast of the upcoming new drama, ‘Happiness’.
It is known that actress Han Hyo Joo will take on the role of a special police agent named Yoon Sae Bom. The world went into turmoil just days after she took on her new assignment, while Park Hyung Sik plays the detective named Jung Yi Hyun. He has been in love with his high school friend Yoon Sae Bom for many years. Finally, actor Jo Woo Jin takes on the role of a government researcher, Han Tae Suk. He must discover the origin of the deadly virus and together with Yoon Sae Bom and Jung Yi Hyun seek to stop its spread.
The film is directed by Ahn Gil Ho who directed “Record of Youth” and “Memories of the Alhambra.