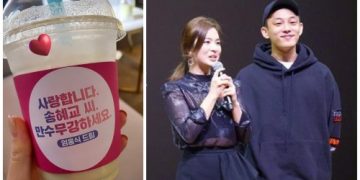 Actor Song Hye-kyo posted two photos on the afternoon of the 1st, along with the words “Ha-ah…Thank you, Hong-sik” through his Instagram story. 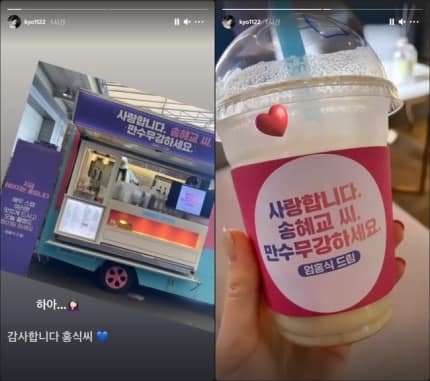 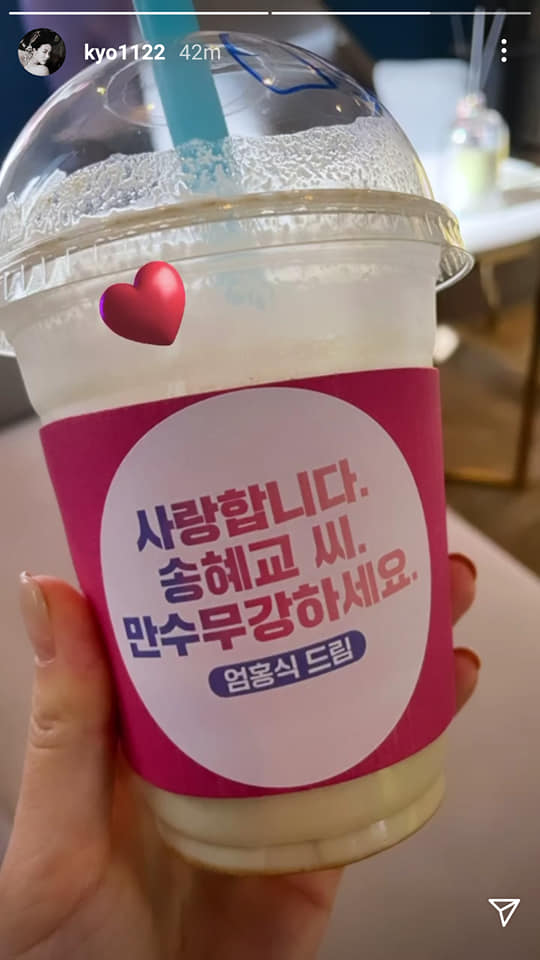 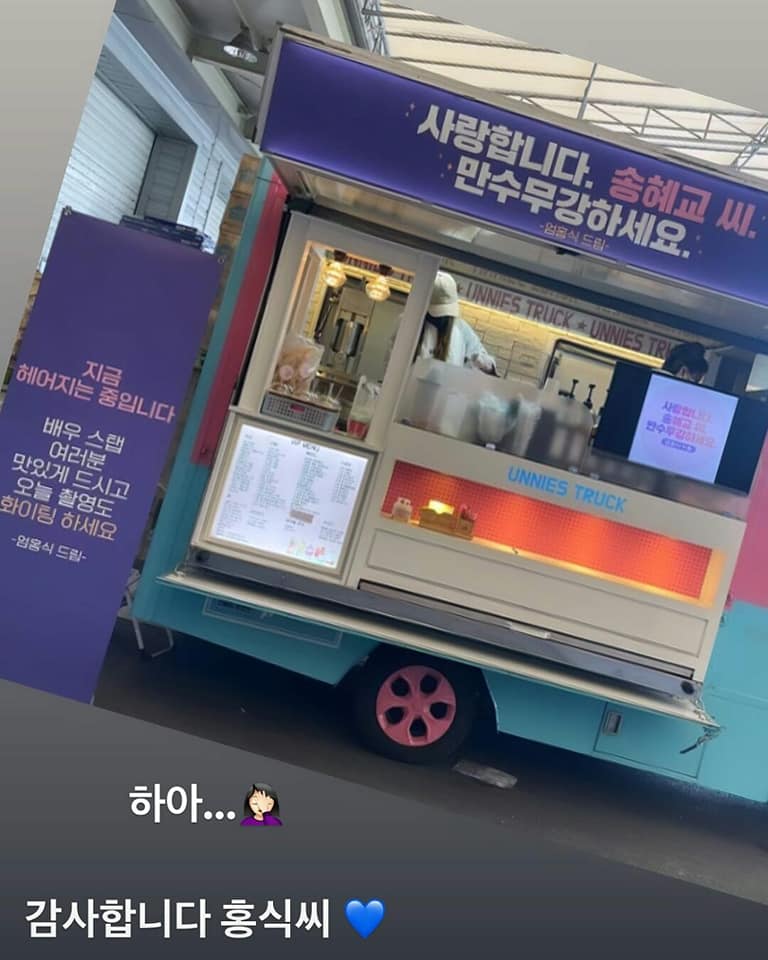 The photos released this time show Song Hye-kyo authenticating a coffee tea gift sent by Yoo Ah-in to the filming site of SBS’s new drama’Now, We’re Breaking Up’.
Above all, Yoo-in said, ‘I love you. Song Hye-gyo’s mansu is not strong,” which made viewers laugh.
Meanwhile, Song Hye-kyo is planning to make a comeback to the home theater with ‘Now, we are breaking up’. ‘Now, we are breaking up’ is a sweet, salty, spicy, sour and bitter breakup that writes ‘farewell’ and reads’love’.