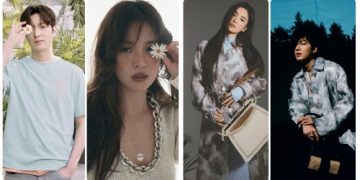 Many People Will Not Be Able To Understand Why Netizens Have Suddenly Got Crazy For Lee Min Ho and Song Hye Kyo.

Song Hye Kyo and Lee Min Ho are both Korean superstars loved by millions of fans around the world. However, they have never had any projects to work together, but recently, the couple has been continuously “shipped” by the netizens.

On April 24, the latest promotional image of actor Lee Min Ho was released and immediately made fans of Lee Min Ho – Song Hye Kyo extremely excited.
As it turns out, the two had a weird similarity in these photos.

In this series of photos, Lee Min Ho poses next to the chrysanthemum – the flower that the Descendants of the Sun actress loves. The poses of the two actors are also similar. Just one small detail is enough to make fans go crazy.

Previously, the popular female star Song Hye Kyo has reappeared on the cover of a famous magazine and made people admire her for her outstanding beauty. She is said to have lost a lot of weight and is also beautiful thanks to her slim face and slimmer body.

However, even more surprising, as soon as this photo series was broadcast, Song Hye Kyo was suddenly “shipped” by netizens with Lee Min Ho – a young male actor who is 6 years younger than her. Heard when this information broke through fan pages, many people could not help but feel curious and confusing, but they must also admit that these two stars are a perfect couple when placed side by side. 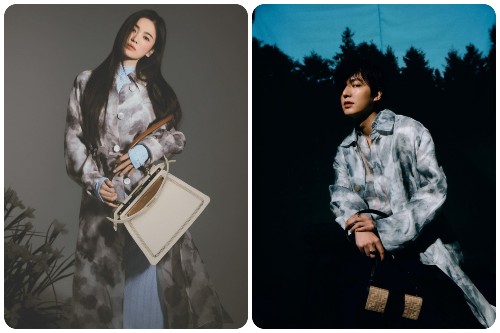 It turned out that the reason was in the subpage of Song Hye Kyo and Lee Min Ho. On January 20, Lee Min Ho also released a set of magazine photos for GQ. Coincidentally, he was dressed like a famous senior, and not only 1 but many suitably matched. For this simple reason, fans of both sides suddenly wanted to ship idols together. 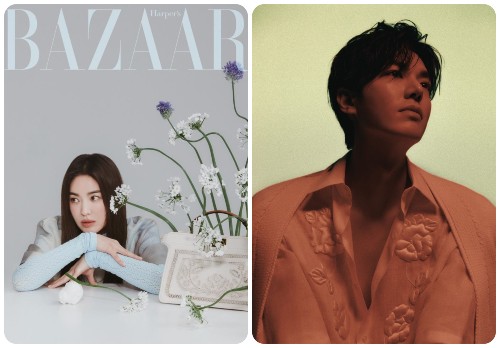 … up to the background and the way to shoot in a white background studio are both surprisingly similar. Worth mentioning, Song Hye Kyo and Lee Min Ho’s looks are so divine that they make fans go crazy. Many people think that these 2 stars stand together, there is nothing more to disparage