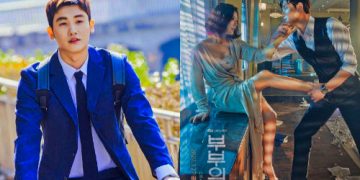 5 Korean adaptations of Western dramas that you should know!

Are you also a fan of Western drama? How about korean adaptations of Western dramas? Almost everyone loves to watch amazing Western drama especially if it’s from our favorite actors/actress. Some Western regions includes America and United Kingdom , these countries are popular because of their best television dramas.

There are some countries that already made some remake of some best western dramas including South Korea. We all know that aside from Western Drama , South Korea is also popular because of their amazing dramas but aside from their original produced dramas they’ve tried creating their own version of some Western dramas. In this article we will share with you the 5 korean adaptations of Western dramas.

Here are the 5 Popular K-Dramas That Are Actually Remake of Classic Western Dramas ;

1. The World of the Married

The World of the Married’ is actually a remake of popular Western drama “Doctor Foster”. This drama is about a married couple whose betrayal of the two leads to a whirlwind of revenge.

Criminal Minds is a popular American series but known for being an underrated drama series in South Korea , receiving a very low ratings. The main lead of the drama is the hallyu star Lee Joongi.

Entourage is an HBO’s show that almost every Americans have watched. The korean remake have been receiving low viewer ratings since it was released in South Korea.

SUITS is a popular American show that has aired in eight seasons . The korean remake of SUITS was premiere in 2018 and received a big success due to the great tandem of actor Jang Donggun and Park Hyung Sik.

Life on Mars is a popular television show that was originally aired in Britain. The success of the show later brought to South Korea , the korean version was premiered in June 2020. Life on Mars have been adapted in many countries including America , Spain ,Russia , Czech Republic and China.

Have you watched any of these dramas? Let us know!