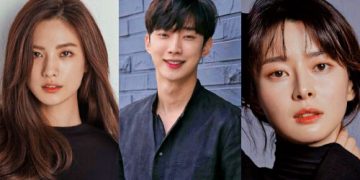 These six korean actors/actresses started out as kpop idols!

6  Korean Actors/Actresses Who Started Out As Kpop Idols

Here are the 6 korean actors/actressss who started out as Kpop Idol;

Kim Yoojin also known as Eugene, she began her career as kpop idol and debuted in the first generation girl group S.E.S in 1997.

Jung Jin Young started out as kpop idol and part of kpop boy group B1A4 in 2011.

Kwon Nara began her career as kpop idol and part of kpop girl group Hello Venus , who debuted in 2012.

Lee Chang Sun also known as Lee Joon, he started out as kpop idol and part of kpop group MBLAQ , debuted in 2009.

Park Hyung Sik began his career as kpop idol and debuted with ZE:A in 2010.

Im Jin-ah also known as Nana, she began her career as kpop idol and debuted with After School in 2009.

Do you know all these korean actors/actresses? Let us know!