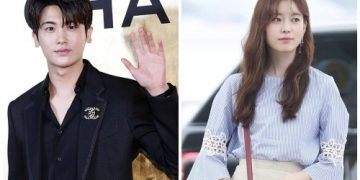 Park Hyung Sik will become a police officer with Han Hyo Joo in the upcoming horror movie.
On April 15, news site Ilgan Sports reported that Park Hyung Sik has been cast as the male lead in tvN’s upcoming drama ‘Happiness’.

Happiness is an doomsday thriller that takes place in a time when infectious diseases have become the new normal.

Park Hyung Sik is cast as the male lead Jung Yi Hyun, a violent crime detective. He used to be a rising baseball player in high school, but a knee injury forced him to give up the sport, and he decided to become a cop instead. He is an intelligent character who works for the common good rather than personal greed. Park Sung Hoon has previously been offered the same role, and Han Hyo Joo is considering an offer to play the female lead Yoon Sae Bom.