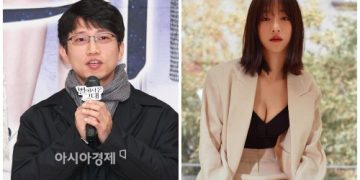 Famous drama director Jang Tae Yoo has denied rumors that he is dating actress Seo Ye Ji and said he will take legal action against those who spread the rumors.

On April 14 KST, Jang Tae Yoo’s Lawyer released an official statement that Jang Tae Yoo does not have any relationship with Seo Ye Ji.
“This is lawyer Lee Jong Won from Lee & Kim, LLC, a legal representative of PD Jang Tae Yoo. Recently, the rumors Jang Tae Yoo and Seo Ye Ji were more than friends and he had to leave the drama series he was directing have been spreading online through YouTube and blogs, etc.

However, Jang Tae Yoo is officially announcing that he has no connection with Seo Ye Ji and in fact, that they have never even met each other. Further, he never talked with Seo Ye Ji to work together, and thus she wasn’t the reason he had to withdraw from the production.

PD Jang Tae Yoo is suffering from these rumors spreading as if those were true. From now on, we firmly ask to stop spreading false information about PD Jang Tae Yoo. We will take strict legal action against those who don’t comply. “