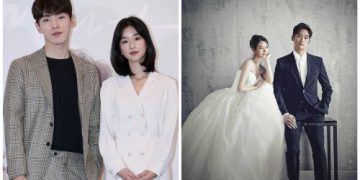 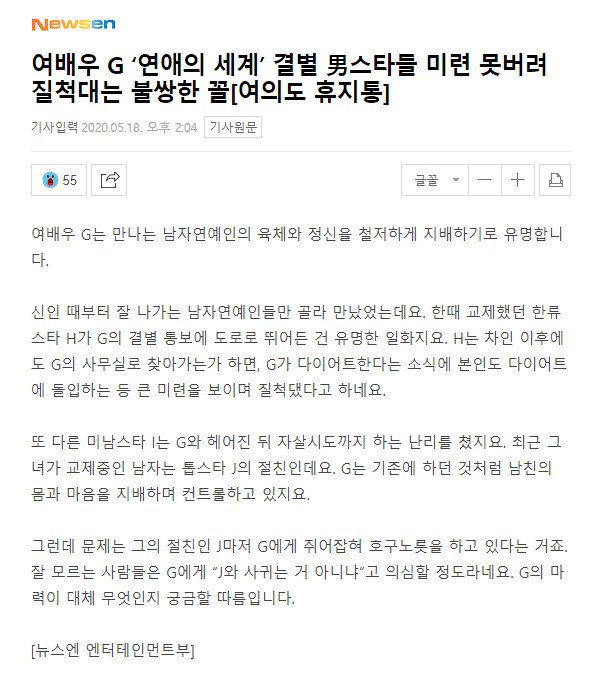 According to the Newsen article, actress G is famous for completely dominating and controlling her famous boyfriend, both physically and mentally. Article reports, “She only dated popular male celebrities even when she was a rookie. One of the most famous stories is that a top idol star H threw himself into the road after breaking up with G. It is known that celebrity H had continued to cling onto G after the breakup, visiting G’s agency and even dieting with her when he heard G was on a diet. ”

On May 18, 2020 and emerging as netizens are speculating that G is Seo Ye Ji, H is TVXQ’s Yunho, K is Kim Jung Hyun, and J is actor Kim Soo Hyun.

In fact, Se Ye Ji was involved in a dating scandal with Yunho in 2014, when two celebrities appeared together in the movie ‘The Night Watchman’. Although the agency of the two celebrities denied the allegations at the time, many netizens and media reported that the two were dating at the time.