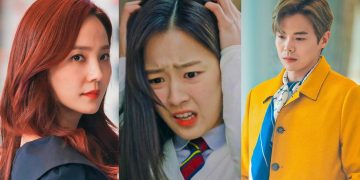 The SBS drama “Penthouse” is already preparing for its 3rd season!.

The SBS drama “Penthouse” is already preparing for its 3rd season .

Meanwhile , penthouse fans are still wondering whether Park Eunseok as Logan Lee will appear on the new season. A lot of fans are still hoping that the character Logan Lee is still alive after the heartbreaking and tragic explosion on the final episode of Penthouse season 2.

Most viewers assume and believe that Logan Lee being alive is still a high chance due to Shim Suryeon (played by Lee Ji Ah ) and Bae Rona (played by Kim Hyunsoo) shocking revelation of being alive. If Rogan Lee will come back to life it will probably the most exciting revelation and interesting plot twist especially that most viewers like the character of Logan Lee.

Are you also hoping that Logan Lee will come back to life? Let us know!