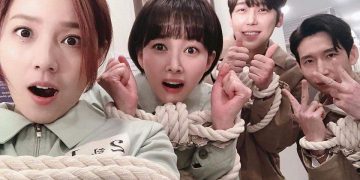 On March 2, “The Penthouse 2” ended its journey with great ratings for the final episode.
According to Nielsen Korea, the final season of the second season of “The Penthouse 2” ranked the national average Rating of 21.5 percent, 25.2 percent and 25.8 percent for its three percent, making it the most viewed show aired on any channel that day.

In particular, the production team has confirmed they will produce the third part of this hit movie.
“Please look forward to find out what kind of story awaits in Season 3 of‘ The Penthouse. ‘

Congratulations to the actor and crew of the film ‘The Penthouse. ‘ and together waiting for part 3 of this hit movie!