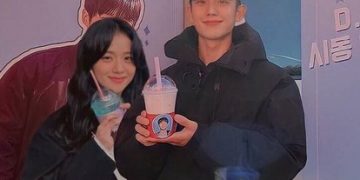 In the midst of the scandal that Jung Hae In x BLACKPINK’s Jisoo’s upcoming movie ‘Snow Drop’ is suffering, international netizens say this is a conspiracy that wants to harm BLACKPINK’s Jisoo’s first movie role.
As a result of the recent controversy surrounding the SBS drama ‘Joseon Exorcist’, Korean nationalism is on the rise. Now more than ever, K-drama viewers are being cautious about dramas allegedly “willing to distort history” and “sell your own country for money”.

However, international netizens pointed out that ‘Snow Drop’ should not be criticized like that, this is really an evil plot aimed at Jung Hae In x BLACKPINK’s Jisoo.
“The irony of it all. Banning fiction is one of the early signs of authoritarianism. Weird that their doing it in order to preserve the democracy that was hard-fought.”
“They are using it against JiSoo’s first role. I feel really angry. ”
“I’m gonna be soooo mad if this does not air!! I have only been waiting over four years to see Jisoo in a drama! If it doesn’t air i’mma gonna do something… I don’t know what but it’ll be something.”
“I swear to god if they cancel thing drama I will send my own protest truck there. There sensitivity is just insane for a drama. What’s wrong with revisionist history? It’s likely they’re parading it as the truth?? Make it make sense.”