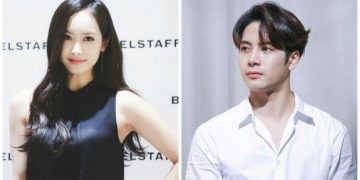 GOT7’s Jackson cuts partnership with Adidas, f(x)’s Victoria steps down as H&M model in midst of Chinese boycott!!!
Chinese citizens are currently on social media to boycott brands from Europe and America such as H&M, Adidas, … for allegedly spreading false information and boycotting Xinjiang cotton.
Jackson’s official Weibo announced, “From today forward, this agency and Mr. Jackson Wang will cease all work with the brand Adidas Originals. The country’s interests are above everything else, and the studio and Mr. Jackson Wang are strictly against all malicious acts that defame and slander China.”
Though Victoria was the head of an advertisement campaign for H&M, she’s now stepped down.

Her label Victoria Song Studio stated, “The country’s interests are more important than anything else. We’re firmly counteracting all stigmatization against China and firmly disagree with using this kind of business strategies to defame and slander the country and its citizens.”
However, these moves of GOT7’s Jackson and f (x) ‘s Victoria were immediately criticized by Korean netizens.

“It really puts things in perspective regarding how celebrities are as people when even the ones that are considered rather likable and genuine are willing to spread Chinese government’s propaganda in order to continue making money over there.

I understand Chinese celebrities working only in China not having a choice and having to go along with this, but Jackson does have other markets that would suffice him financially, and those people would absolutely adore him if he refused to spread propaganda and withdrew from China. Instead, there’s this. Extremely disappointing and eye opening. “