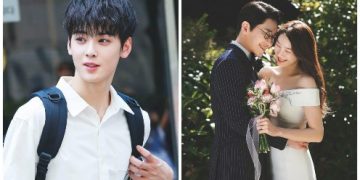 Recently, a news site specializing in Kbiz news published The information that Cha Eunwoo will appear in Penthouse 2 has attracted a lot of attention.
This information has not been confirmed by SBS but has spread throughout social networks. 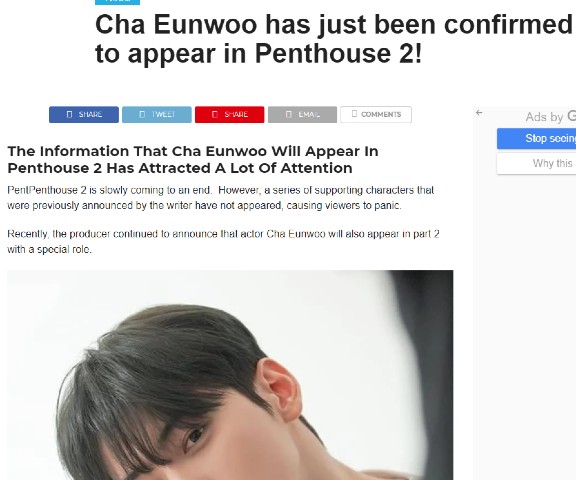 Although Penthouse 2 is slowly coming to an end. However, many supporting characters that have been announced by the producer have not appeared, making viewers expect.
Although the producer has not revealed the role of the Astro member, many rumors suggest that he will most likely take on the role of the son of Seo Jin and Ha Yoon Cheol. 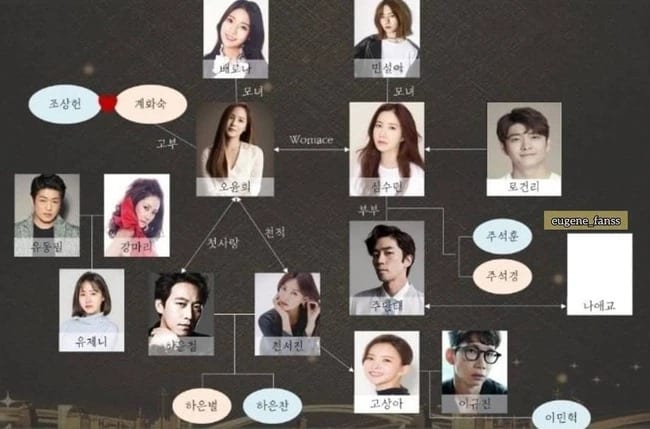 Accordingly, the producer released a character map revealing that Ha Yoon Cheol and Seo Jin had two children. However, currently only Eunbyul appears, and up to now, their remaining son has not been mentioned.
Is Cha Eun Woo likely to make a cameo for Penthouse 2?