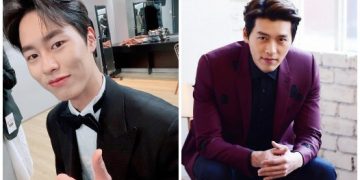 BREAKING- The actor ‘The King: Eternal Monarch’ is positive for COVID-19, Go Ara, Lee Jae Wook are at risk of infection!

Lee Jae Wook is a rising actor who made his first appearance in the 2018 tvN drama “Memories of the Alhambra”. Since then, he has appeared in dramas including tvN’s “Search: WWW”, JTBC’s “I’ll Go to You When the Weather Is Nice” and MBC’s “Extra Extra You”, and he was the host on a show for the first time in the 2020 KBS 2TV Drama “Do Do Sol Sol La La Sol.”