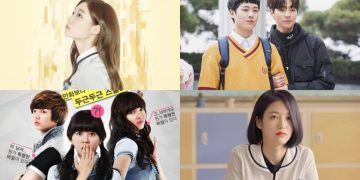 Do you love watching series for free? if yes, this article will help you. Keep on reading!!!

Are you looking for drama series recommendations? Did you know that there are a lot of highly recommended korean web series that you can watch on YouTube, some of them are exceedingly short with about 3-20 minutes per episode. What’s more exciting is that you can watch them HD and for free. Below are the 8 Youtube Channels that offer a lot of Korean Web Series for free that you can watch anytime and anywhere.

These are the 8 YouTube Channels to binge watch some popular korean web series ;

AsianCrush is an Asian entertainment streaming site just like Kocowa and Viki. They offer high quality Korean Web Series on their YouTube Channel.

Recommended Web Series: I Am ,The Blue Sea , Love Security and Longing for Spring

Tooniverse is an animation and drama studio channel in South Korea communicated by CJ E&M. Notwithstanding, they have since been growing to short TV series that are likewise being transferred to their YouTube channel.

Playlist Global is popular on youtube for their creative romantic web series that every teenager will surely love to watch.

Recommended Web Series: Love Playlist , Flower Ever After and A-TEEN

TvN D STORY is a digital drama studio originally created by tvN. Most of their web series have youth and friendship themes, and also have a romantic thriller genre.

Recommended Web Series: God’s Will , Trap and The World of My 17

Dingo is a digital drama studio that creates content by the Korean media company MAKEUS. Dingo K-Drama is their YouTube channel with assorted content, including both K-Pop and K-Drama.

Recommended Web Series: Not a Robot , Fling at a Convenience and Like, Miss Independent Ji Eun

Lululala Story Lab is one of the newest Korean web drama channels originally  created by the TV network JTBC.

Recommended Web Series: The Way I Hate You, Nineteen , Alive and Hanging On!

Recommended Web Series: My Dog Like Dating , What to Do WIth You and Legally , Dad.