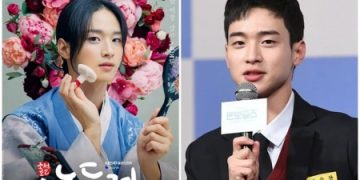 Actor Jang Dong Yoon is likely to return with a lead role in a KBS drama this year.

On March 22, information from Korean media stated that, “Actor Jang Dong Yoon was offered the lead role of Lee Doo Hak in a new KBS 2TV drama titled‘ Oasis’ and is positively reviewing it. ” In response, his agency DongYi Company clarified, “‘ Oasis’ is one of the projects he received an offer to star in. ”

If Jang Dong Yoon accepts the offer, this will be a role with many challenges for this young actor.
The film is expected to be released at the end of the year if it is not interrupted by Covid-19.