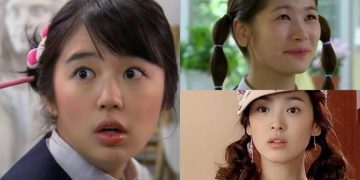 Female Leads From Classic K-Dramas and Their Iconic Hairstyle

Are you a certified K-Drama Fan , if yes you probably know a lot of female leads from iconic and hit drama series who have unique  and notable hairstyles.

In this article we will share with you the most popular female leads from Classic K-Drama and their iconic hairstyle.

The female leads included in the list are remarkably popular because of their unique character personalities and iconic hairstyles, reason why most k-drama fans can’t get over with them and still adore them until now.

With that we want to know which among these female leads had the best hairstyle for you. Keep on reading and choose for your favorite!

Son Ye Jin as Shim Hye Won in hit drama series “Scent of Summer” , she had cute curly long hair with bangs that made her look stunningly beautiful and a lovely girl.

Ha Ji Won as Lee Soo Jung in popular drama series “Memories of Bali ” , she had long hair down and full micro bangs to show her adventurous and optimistic personality in the drama.

Song Hye Kyo as Han Ji Eun in hit drama series “Full House”, she had a curly pigtails in this drama to make her look lovely , cheerful  and sweet.

Lee Da Hae as Joo Yoo-rin in the popular drama series “My Girl” , she always had a side bun hairstyle in this drama.

Yoon Eun Hye as Shin Cg=hae Kyung in hit drama series “Princess Hours” , she had a side bun hairstyle with cute hair accessories.

Ku Hye Sun as Geum Jan Di in legendary drama series “Boys Over Flowers” she always had a short/chin bob haircut with full bangs in this drama.

Jung So Min as Oh Ha Ni in popular drama series “Playful Kiss” , she had a lot of hairstyle in this drama but the most iconic one is the rubber band pigtails that always made her look adorable and cheerful whenever she had this kind of ponytails.

Which among these female leads had the best hairstyle for you? Let us know