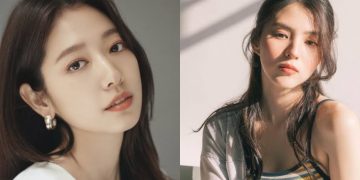 Do you want to know the names of Korean actresses who were born poor?

Korean actresses are known for their amazing acting ability, personality, attractive looks and more, however did you realize that few actresses fulfill their dream of becoming a celebrity. star by diligent, responsible efforts, helping family and having a better life.

There are a number of Korean actresses who choose to act in the entertainment industry to make their dreams come true and this in combination with improving their social status.

In this article, we will share with you famous Korean Actresses who were born in poverty and grew up in difficult circumstances such as poverty.

Park Shin Hye comes from a poor family, she and her family have to go through financial difficulties and difficulties in life.

IU’s family suddenly fell into debt. This caused IU and her siblings to live with their grandmother. They lived through difficult lives and poor conditions for a long time, even their homes were once overrun by cockroaches.

Han So Hee struggled with poverty during the early part of her acting career. She had only 300,000KRW ($243) when she started pursuing her acting career by moving to live alone in Seoul. She even worked in a bar for over a year to have pocket money and money to cover all her expenses.

Hyeri comes from an impoverished family that has had financial difficulties since she was a child. Hyeri’s mother’s occupation was a factory worker for more than 10 years.

Do you know all these Korean actresses? If yes, Let us know!!!