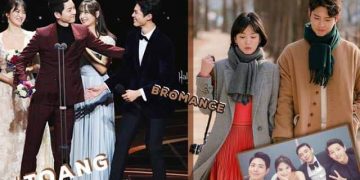 The relationship of Song Joong Ki and Park Bo Gum became strange, different from before after the shocking divorce of Song Song.

Song Joong Ki and Park Bo Gum were good brothers because they were artists under Blossom Entertainment together. The two masterpieces are the dreams of so many people who once stuck together like glue, crying sobbing for each other at the awards ceremony, the younger brother also took on a special role in the wedding of his brother … 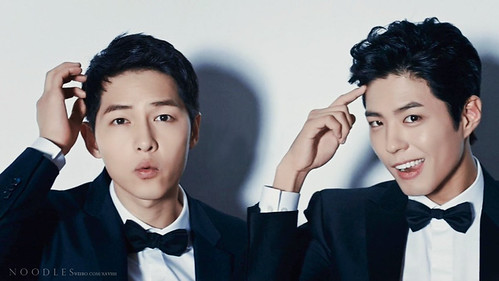 But after the divorce of Parallel, 2 intimate male actors in the past no longer appear together. The relationship of Song Joong Ki – Park Bo Gum is considered the most difficult mystery in Kbiz at the moment. 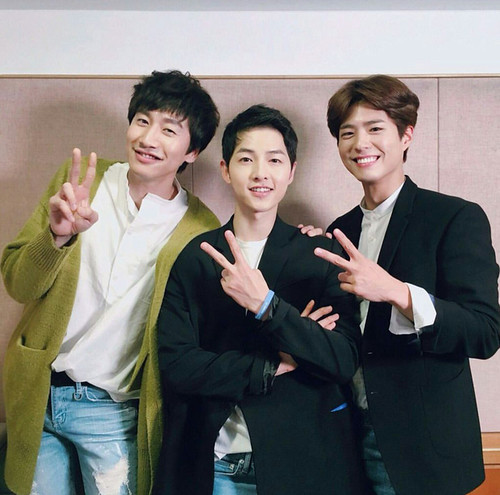 There was a period of time, Song Joong Ki actively PR for juniors, together starring in dense frequency, came to support each other in big fanmeeting events. Back then, fans also “pushed the boat” strongly the couple together, not paying attention to the famous Song Song. 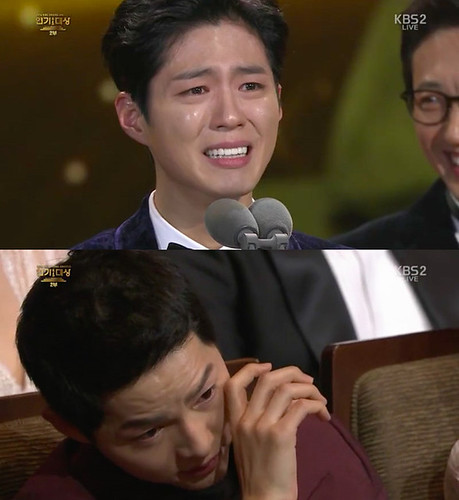 The two brothers are constantly filming ads together, making the most expensive face duo in Korea before

In particular, Park Bo Gum once praised Song Joong Ki for being extremely manly, kind and taking good care of those around him. He expressed, “If I’m a girl, I want to go out with Song Joong Ki. Really, these are words from the bottom of my heart!”. However, Song Joong Ki humorously rejected his younger brother’s response by saying: “I’m very sorry, but I already have Kwang Soo!”.

Park Bo Gum and Song Joong Ki used to make super love moments at the prestigious KBS Drama Awards. On the stage of receiving the award, Park Bo Gum shed tears when thanking his elder brother Song Joong Ki, causing the actor “Descendants of the Sun” (then sitting next to Song Hye Kyo in the artist’s row) to burst into tears. follow. The scene of the two actors touching, crying for each other makes people think that their friendship has overcome normal feelings, they are each other’s family.

During the grand ceremony of Song Joong Ki and Song Hye Kyo on October 31, 2017 at Shilla Hotel, Seoul, Park Bo Gum was one of the most special guests besides Lee Kwang Soo, Jo In Sung, So Ji Sub, stars of “Descendants of the Sun” … During the ceremony, Park Bo Gum was also tasked to play the piano to lead the ceremony.

When Song Hye Kyo and Park Bo Gum played lovers in “Encounter”, Song Song was still not farewell. Asked whether Song Joong Ki would notice or be jealous when his wife and close brother acted on screen, Park Bo Gum said, “I have absolutely no romantic feelings for my sister-in-law. Song Hye Kyo, in addition to her being Cha Soo Hyun in ‘Encounter’. As for Song Joong Ki, he seemed too busy with ‘Arthdal ​​Chronicles’ to give me no reaction at all. ” Especially at this time, the actor “Reply 1988” also called Song Hye Kyo is the sister-in-law.
In December 2019, Song Joong Ki unexpectedly announced that he would become a free-working star after confirming he would not renew once his 7-year contract with Blossom Entertainment expired. Worth mentioning, 1 day before, netizens were rumored Song Hye Kyo posted a sad picture with a story related to Park Bo Gum’s rumor. Later on, the Chinese media also spread rumors that Song Hye Kyo had an affair with Park Bo Gum, because Blossom Company defended Park Bo Gum, Song Joong Ki chose to leave because of frustration. But of course, this is still only rumor, has not been confirmed.
Since Song Song was divorced, Song Joong Ki and Park Bo Gum did not appear together, different from  before.