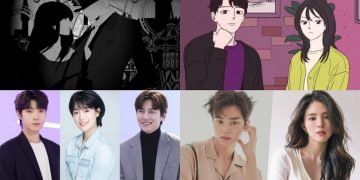 Most Anticipated Webtoon Based Drama 2021

Most Anticipated Webtoon Based Drama That Will Air This Year 2021

Kdrama fans love and appreciate dramas based on webtoon , a reason why most kdramas become a masterpiece and hit series.

This year a lot of new kdramas were announced and confirmed and some of them are based on webtoon.

In this article we will share with you the webtoon that was confirmed to be adapted into dramas , included in the list are the most anticipated webtoon based dramas with official/unofficial cast and broadcast details.

These are the “Most Anticipated Webtoon Based Drama That Will Air This Year 2021:

Filming Schedule : First Half of 2021

Which among these “Webtoon Based Drama” you anticipate the most and why? Let us know!!!