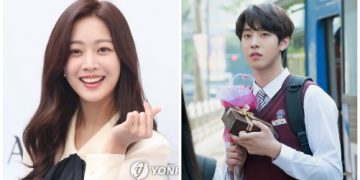 Actor Ahn Hyo Seop and actress Jo Bo Ah may be joining the lead for a new drama together!

“‘ Office Blind Date ’will be a funny romantic love movie with the beautiful love story of two main characters. Fans will be looking forward to seeing that amazing chemistry of Ahn Hyo Seop and Jo Bo Ah in this movie.

“Office Blind Date” will be produced by PD Park Sun Ho, who previously worked on SBS’s “Suspicious Partner” and “Wok of Love”. Broadcast schedule and channel are still undecided.