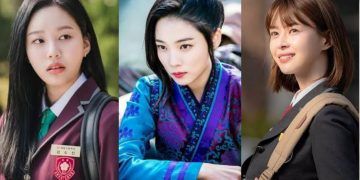 KDrama fans aren’t new to “second lead syndrome” , most fans even get hurt or heartbroken for those characters who don’t end up with the person that they like.

But aside from second male lead syndrome , kdrama fans also experienced being in pain for the second female lead who also tried their best to get the man (male lead) but ended up getting rejected and hurt in the end.

In this article , LOVEKPOP95 will share with you the “ 8 Best Second Female Lead Syndrome” who break our hearts and also deserve a happy ending.

These are the “8 Best Second Female Lead Syndrome” in K-Drama: (in no particular order)

Which among them is your most favorite and why? Let us know!!!