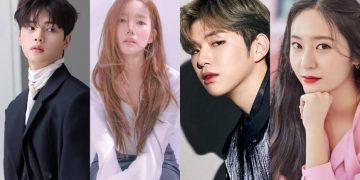 [New]Top 5 In Talks as Main Lead for Upcoming Drama

Recently (on March 9), a lot of upcoming dramas were revealed online from different entertainment websites that made the kdrama fans excited especially with the news of who were casted and going to be the main leads for the drama.

As soon as the article was released about the Actors and Actresses who are in talks as main leads for the said upcoming drama, kdrama fans share their excitement and reactions  online that they will surely anticipate for it if ever they will accept the offer.

But before we reveal the” Top 5 In Talks as Main Leads” , keep in  mind that some Actor/Actress were confirmed to lead the upcoming project and some are not yet confirmed if they have accepted the offer or are still considering the offer.

Here are the Top 5 In Talks as Main Leads for Upcoming Drama:

Song Kang and Park Min Young reportedly received an offer as Main Lead in the upcoming JTBC drama “The Cruelty of In House Love”. It was confirmed that their drama will premiere in the second half of this year.

Chae Soo Bin reportedly received an offer as female lead for the upcoming drama “Our Police Course” and still reviewing the offer. If Chae Soo Bin accepted the offer she will be joining KPop Idol Kang Daniel , which reportedly casted as male lead of the drama.

Kim Min Jae was confirmed as male lead for the upcoming KBS 2TV drama “Dal Li and Gamja-Tang”. Last January it was revealed that Actress Park Gyu Young is in talks to play the role as the female lead for this drama.

5. Song Kang and Han So Hee

Song Kang and Han So Hee were confirmed to be the main leads for the upcoming JTBC (adapted from the webtoon) drama “I Know But” . Both actors have already attended the script reading and the drama will premiere in the second half of this year. (Aug. 20-2021-Sep 18,2021)

Which among the “Top 5 In Talks as Main Lead” is your favorite and you anticipate the most? Let us know!