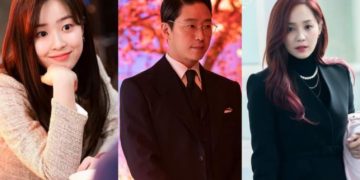 Top 5 Most Hated Characters in Penthouse

Do you want to know who among the cast of  “Penthouse” are the most hated characters of K-Netz ?

Recently, more than 400 K-Netz participated in an online voting poll to pick and vote for their most hated character in popular drama series “Penthouse”

Ha Yoon Chul took the first place with 40.7% total votes and received the highest number of votes from K-netz as the most hated character in the drama.

Ha Eun Byeol took second place with 17.2% total votes, she is the daughter of Ha Yoon Chul in the drama.

How about you, which among the Top 5 Most Hated Characters will you pick? Let us know!!