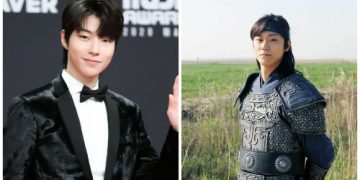 The famous K-Drama Princess Hours has been confirmed to receive a remake, 15 years after the original aired and took over Asia.

According to Jaedam Media, the agency that holds the rights to manhwa Princess Hours by Park So Hee, they have just signed a contract to remake the K-Drama version with the drama production company Group8. Group8 has produced popular dramas like Boys Over Flowers, Hey Ghost, Let’s Fight, and the 2006 original version of Princess Hours.

Princess Hours tells the story of a prince who marries an ordinary high school girl, and what happens to the royal family after his marriage. The drama brought the main actors Yoon Eun Hye, Ju Ji Hoon, Kim Jeong Hoon, and Song Ji Hyo to stars across Asia.
As soon as the article was confirmed that there will be a remake version of “Princess Hours” , Knetz started to name and vote for Korean Actors that will perfectly fit the role of the Crown Prince “Lee Shin”.

According to Kpopmap results ,Hwang InYeop and Lee DoHyun are top the voting as Lee Shin for the Remake Version of “Princess Hours”.
The results were recorded on the morning of March 7, 2021 :