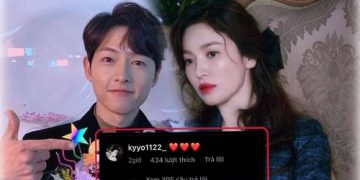 On the afternoon of April 3, Song Joong Ki revealed his latest status through his personal Instagram account. In the published photo, the Descendants of the Sun holding a cream cake decorated in playful colors with the astronaut character.

In particular, Song Joong Ki wears a luxurious elegant suit, showing off a warm look and a bright smile like a flower. With a handsome appearance like a comic male beauty, the 35-year-old star makes fans fall in love. 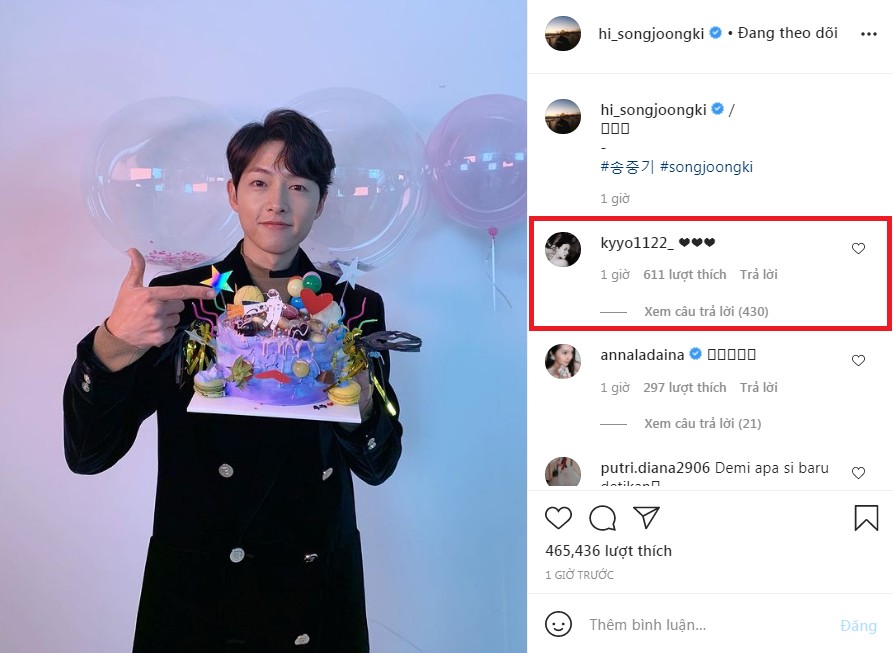 Notably, netizens were surprised when the Instagram account supposedly Song Hye Kyo left a comment with 3 hearts in Song Joong Ki’s post. So far, this response has attracted nearly 600 likes and more than 400 comments. 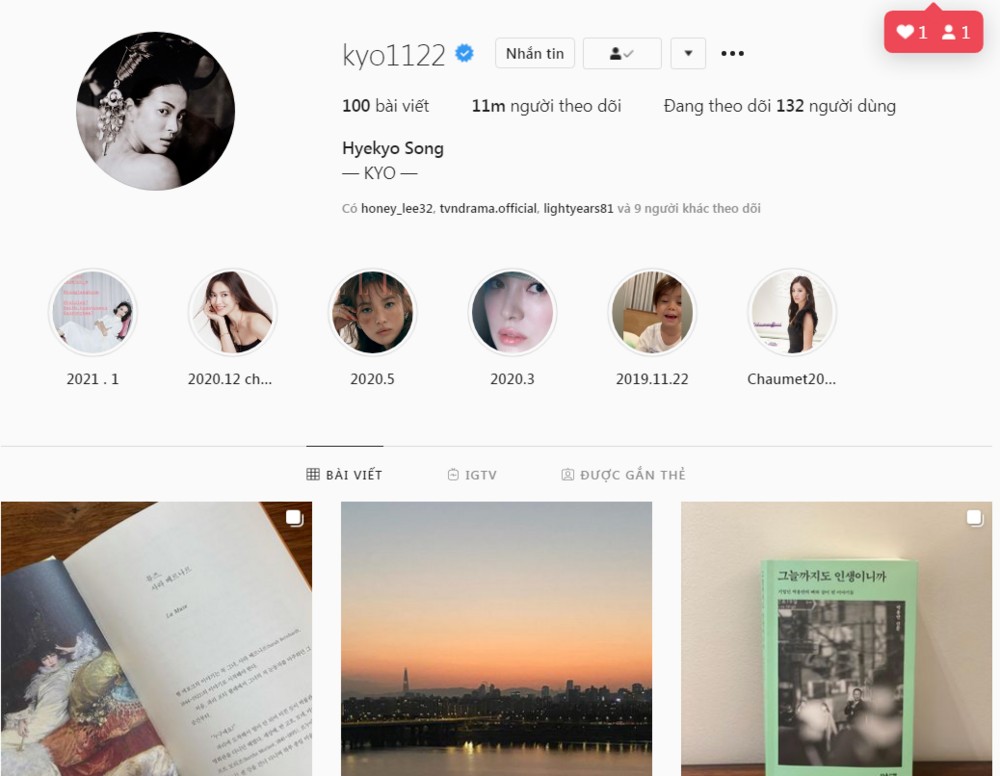