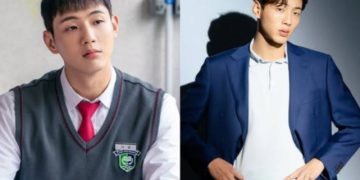 Actor Ji Soo is confirmed to start his Military Enlistment this coming October and will serve as a Social Service Worker.

According to YTN exclusive report on March 5 , Actor Ji So fulfilling his mandatory military service duties has been announced and confirmed later this year in October. The actor was born in 1993 and currently 29 years old in Korean Age.

A lot of reports also confirmed that Actor Ji Soo already received his Military Service warrant last December 2020. The actor will be undergoing basic training for four weeks then he will serve the remainder of his military duties as Social Service Worker.

Meanwhile  a news report about Actor Ji Soo School Bullying scandal was confirmed to be true after the actor posted a handwritten apology for his past actions, which follows the removal of the actor from the currently airing drama “River Where the Moon Rises”.

It was also confirmed that Actor Ji Soo will no longer play the role as On Dal and the actor that will take over the role as On Dal is the young actor Na In Woo. The production company “Victory Contents” also removed all the Instagram photos of Jisoo as On Dal in their post.