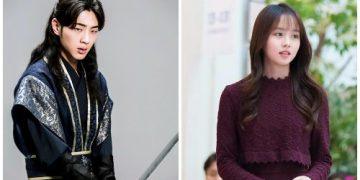 Actor Ji Soo is being criticized more by netizens as he writes letters to apologize to his victim during the school bullying scandal.
Not only that, netizens dug up rumors that he and actress Kim So Hyun were dating, and said that Ji Soo was not worthy of Kim So Hyun.
Rumors of Ji Soo and Kim So Hyun dating were initially spread by fan accounts of the movie “River Where the Moon Rises”. Because of the good chemistry of couple Ji Soo and Kim So Hyuntrong “River Where the Moon Rises”, the two have won a lot of love from fans.

However, Ji Soo’s bullying scandal destroyed everything. Netizens turned to criticize him.
On the morning of March 4, KBS decided to stop filming the movie “River Where the Moon Rises” to consider the possibility of removing Ji Soo from this drama.