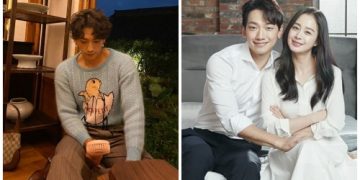 But in the show Yoo Quiz On The Block aired on the evening of March 3, Bi Rain revealed that there is still something he feels disappointed about his marriage with Kim Tae Hee. The male singer’s sharing surprised the program members as well as the audience. But it turns out, it is not a serious thing but only Rain’s own regret about the time of his marriage.
During the talk, one of the hosts Cho Sae-ho said, “As I’m single, there are times when I get the feeling of extreme emptiness. What is it like going back home after work?”
Bi Rain laughingly answered, “Well, I have to pick up the toys that my children have been playing around with.”
He continued, “I like doing that though. But you should enjoy your current life. What I mean is that you should appreciate the silence you have now.”
Then, Bi Rain revealed one thing he feels sad about his married life with Kim Tae-hee.
Bi Rain said, “It’s really great to be married. I think it’s a good idea to have a lengthy newlywed life.”
He went on, “Our newlywed life was sadly a little short, because our first daughter was a honeymoon baby.” 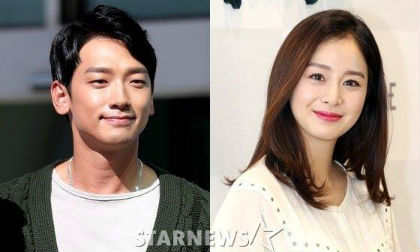 Bi Rain – Kim Tae Hee started dating in 2012 and got married in 2017. Up to now, the couple has become the parents of two daughters. Rain is famous as a father who loves his children, he does not publicize his image to protect his children.