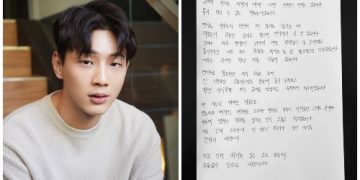 Breaking- Ji Soo admits his bullying rumors at school are true and writes a letter of apology!
After 2 days of being accused by old classmates of bullying classmates, today actor Ji Soo suddenly admitted his wrong behavior in the past and wrote an apology letter.
The following is Ji Soo’s letter of apology:
“I sincerely apologize to the people who suffered because of me.
There is no excuse for my past misconduct.
They were things that cannot be forgiven.

As I began my acting career, I received an undeserved amount of interest from the public with my past enshrouded, and I think that’s how I ended up here today.

However, there was always a part of me inside that felt guilty about the past, and my regret, which came too late for me to turn things back, always brought me a great deal of anxiety.
I always felt crushed by my dark past.

I want to express my deep atonement to the people who must have suffered for a long time while watching me go about my work as an actor, and I will reflect on and repent my past, which can never be washed away, for the rest of my life.

I am tormented and feel guilty about the fact that I have inflicted tremendous damage upon the network, producers, actors, and all of the staff who have been quietly working hard on the drama set [of “River Where the Moon Rises“].
I desperately hope that the drama does not see further damage because of me.

Upon my knees, I sincerely apologize to everyone who has been hurt by me.”
What do you think about this issue?