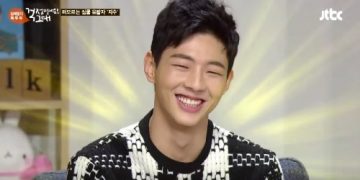 BREAKING- Actor Ji Soo was accused of curse and beating his classmates !!!
Actor Ji Soo is constantly denounced by his former classmates as a gangster !
On March 2, a netizen claiming to be actor Ji Soo’s former classmate at Seorabeol High School accused Ji Soo of being a young thug and bullying. He also claimed that he was bullied by the star between 2006 and 2008. Netizens claimed, “Actor Ji Soo is the perpetrator of school violence”.

The poster went on to say that Ji Soo behaves beautifully in front of the camera, but in 2007 he was one of the top bullies at school, adding that the actor was much bigger than his classmates. The alleged victim explained, “His daily work is really organized. First, there will always be a fight between Ji Soo and the other bullies. When someone on their group feels it. Frustrated, they will all come to me and beat me, step on me and offend me with curses. ”

Netizens also assumed that Ji Soo and his bullying friends were smokers who bullied other students to buy them cigarettes and that they would rob students of seats in the cafeteria. He added, “When food like radish kimchee or cherry tomatoes is served for lunch, they will target the other students, throw the food with a spoon or throw the food. I can still remember. very clear how they laughed after seeing the food. smacked my face or clothes. I can still see your eye smile the way you show on the screen now. ”

As for why they started bullying him, the alleged victim said, “The reason it all started on my side was because one of the bullies in Ji Soo’s group took away a vote. A gift from student ‘B’, and I told the bully. I’ll alert the police if they don’t return it. ”

Netizens went on to say that Ji Soo would constantly swear at other students every day, including cursing at the student’s parents, and they threatened anyone to hang out with the alleged victim. . He accused, “I can’t go anywhere except the classroom where the students are going through the same thing I went to. Not the hallway, the bathroom or the cafeteria. When I met him at the bridge. ladder, I will be kicked in a corner and have to hear his insults … I was scared to be around them.In 9th grade, my friend and I ate a cup of ramyun at lunch after the television in class . ”

It was also said that the actor would shoot his BB gun at other students on the school bus, shoot out the window and smile. The netizen concluded: “I don’t want an apology or replacement. Everything has happened already. I don’t want an apology for something irreversible. I don’t think that’s sincere either. There is one thing I want Kim Ji Soo. If you want to act, do it But if you do, you need to have the title of school violence perpetrator in front of your name. A lot of people you’ve bullied, like me, will never forget. Pretend to be kind and kind and a good person. I couldn’t bear to see it.

Currently his management company said they are investigating the allegations above.