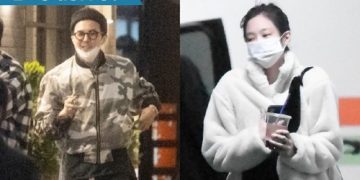 Dispatch explained that G-Dragon has a private car park and a private lift for his penthouse, which Jennie can use without having to verify her identity.

According to Dispatch, Jennie’s normal daily schedule is to visit G-Dragon’s house after her activities ended for the day. Then she would go home and repeat the same schedule the next day.

On January 31st, the day of BLACKPINK’s online concert “THE SHOW”, Dispatch discovered that Jennie left G-Dragon’s house in the morning and arrived at the concert venue. G-Dragon’s car was also found at the location, according to Dispatch.

A source close to the two artists told Dispatch, “Quite a lot of people at YG are paying attention to their relationship”, adding, “Jennie’s mother also knows about her relationship with G- Dragon. She is very grateful that he took special care of her.