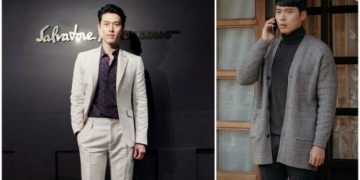 Recently, according to reports by some Hyun Bin fans, they were asked by a fake social account Hyun Bin to ask them to transfer money to ‘fake hyun bin’. Immediately, after reviewing the incident, Hyun Bin’s agency made an official announcement.
VAST Entertainment warned fans of fake social media accounts that are impersonating Hyun Bin.

The official statement reads as follows:

“We have been receiving reports about entities that falsely assume our name or our artists’ names.
We are not operating any accounts other than the official accounts listed below.
Also, Hyun Bin does not own any personal social media accounts (Instagram, Facebook, Twitter, etc.).
Under any circumstances, we do not make a monetary proposition or request to any individual.
We ask our fans to take special note of the above and protect yourselves against any damage from the entities that falsely assume our name.
We will also do our best to monitor the web continuously to prevent further damages.
We would like to ask you for continued interest and support for VAST Entertainment and its artists.
Thank you.”