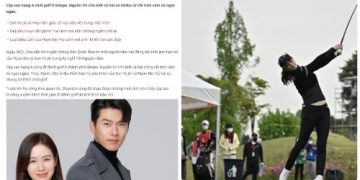 The couple Hyun Bin and Son Ye Jin play golf at Gimpo. The source said the two have many emotional and sweet gestures. 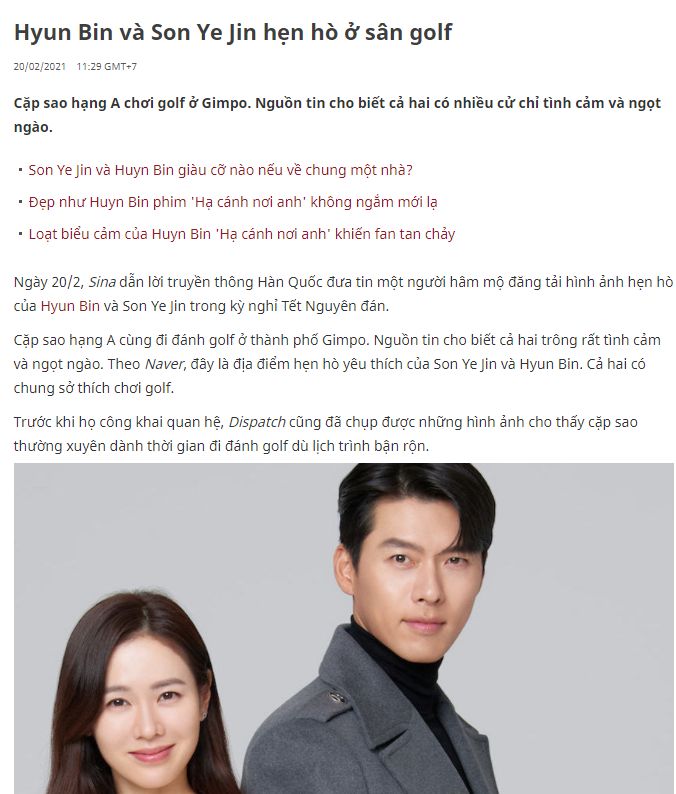 Couple Hyun Bin and Son Ye Jin spent some time playing golf in Gimpo City. The source said the two looked very affectionate and sweet. According to Naver, this is Son Ye Jin and Hyun Bin’s favorite dating spot. Both have the same interest in golf.

Before they went public, Dispatch also took photos that showed the couple often spend time golfing despite their busy schedules.
Before becoming a couple, Son Ye Jin and Hyun Bin had a long time as close colleagues. On the morning of January 1, Dispatch reported that the couple were dating. They have been together since March 2020 after collaborating on the movie Landing where he was.

“I heard they were thinking of getting married in the second half of 2020. However, the two were born in 1982, so the marriage plan was delayed until 2021. They are about to turn 40, so they are expected to marry late 2022 “, an employee in the entertainment industry revealed to the media .. 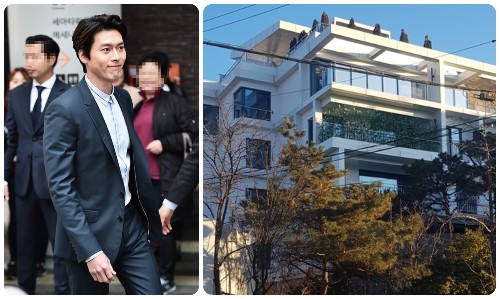 Recently, Hyun Bin was caught up in the news of buying a $ 4.3 million apartment to build a wedding house, preparing for a wedding with Son Ye Jin. However, the actor denied it.

Appearing on the Korean GQ magazine in the February 2021 issue, the actor had the first sharing about a love story with a famous girlfriend. He said he is trying very hard and doing his best to preserve and protect his love from the swirl of public opinion.