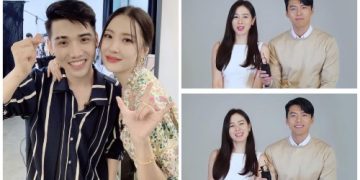 On his personal page, Le Anh Ton excitedly talked about the anniversary of working with Hyun Bin and Son Ye Jin in the clip of the new commercial that caused a storm on Valentine’s Day. 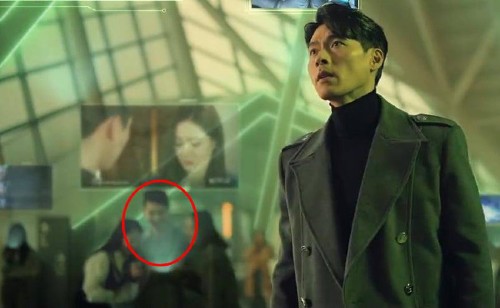 Recently, the promotional clip of the hottest Korean couple Hyun Bin and Son Ye Jin was officially announced. The interesting thing is that the brand again chose to release this clip on Valentine’s Day as a declaration of sweet love by the couple.

Right after the release of the clip, social networks quickly stormed not only in Korea but also many Asians such as Vietnam, China, Japan, and Thailand …

On his personal page, actor Le Anh Ton – who was known to many Vietnamese audiences when he acted with Song Joong Ki in the movie “Arthdal”, suddenly revealed about his first meeting with Hyun. Bin and Son Ye Jin while filming the commercials!

We had a short chat with Anh Ton sharing memories of collaborating with Son Ye Jin and Hyun Bin.

Le Anh Ton is currently an actor in Korea, the guy who has appeared in a number of films with small roles, participating in filming commercials, music videos with many famous singers. 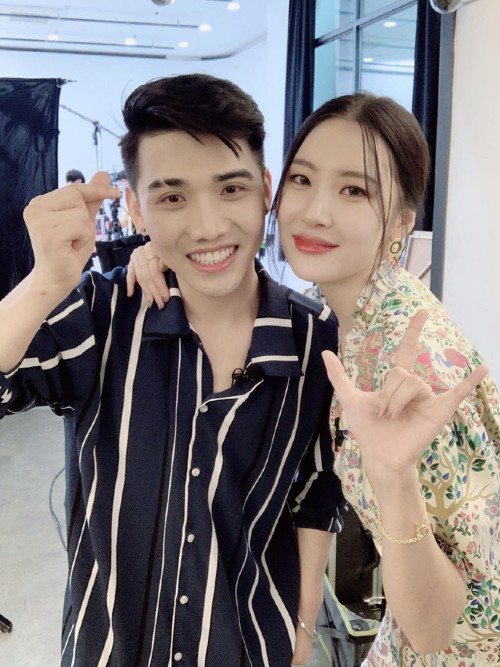 Hello Le Anh Ton, what is your chance to help you participate in the commercial filming project with Son Ye Jin and Hyun Bin?

I accepted an offer through an Agency that has cooperated for a long time. Before that, I also worked through a tourism advertising project for the city of Seoul. This time I was introduced to go to film with the 2 actors only 1 week after the dating news of the couple was revealed.

How are Son Ye Jin and Hyun Bin’s real-life personalities?

Although the two are still quite sensitive because of the dating news, over the time I spent filming, I noticed that Hyun Bin is quite calm, very professional, and highly focused. Despite being an A-list star, for supporting actors like Ton, he still gives a certain kind of sympathy, finished filming and greeted Ton and other co-stars before leaving.

Son Ye Jin, Ton himself thinks a little more energetic, but still gentle and loving. Ton didn’t have a chance to film together, only saw her when he was with the team in the waiting room.

Is there any confidentiality agreement required when closing an advertisement?

All supporting actors must sign an agreement to keep absolute confidentiality until the ad is broadcast, not sharing with anyone about being filmed with them, including relatives. In addition, the camera on the phone is all taped with tape, whoever takes the picture will immediately be kicked out of the set.

Can Ton share a little bit of memories of this special collaboration?

On the day of filming, I did not understand why the snow was falling white, Ton himself did not know who he was shooting with until he entered the set and was informed of the regulations as well as the recording content. The crew of the group also took good care of the group, with adequate food and drinks. I was afraid that the group would get cold so just go to the car or find a warm place to sit.

The feeling of seeing two actors I love so much in real life is really fun. It’s like “happiness has landed in Ton”! When filming with Hyun Bin and even at a very close distance, Ton and the others were also trembling. But the moment Hyun Bin smiled and greeted Ton and his supporting team, the trembling vanished, more joyful. This is probably one of those filming times that Ton will never forget.