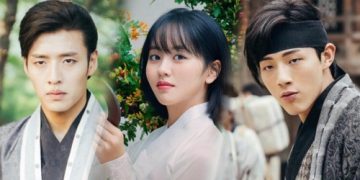 The movie River Where the Moon Rises had a successful debut last night.

According to Nielsen Korea, the first episode of River Where the Moon Rises has recorded an average national rating of 6.5% and 9.4%. This achievement is higher than the premiere rating of Royal Secret Agent, KBS’s previous drama aired in this time frame. However, the movie Royal Secret Agent started with 5.0% rating and ended with a personal best of 14.0%.
“River Where the Moon Rises” stars Kim So Hyun as Princess Pyeonggang and Ji Soo as On Dal in a reinterpretation of a classic Goguryeo folk tale. Kim So Hyun also plays the role of Pyeonggang’s mother, Queen Yeon, while Kang Ha Neul will make a special appearance in the drama as On Dal’s father, General On Hyup.