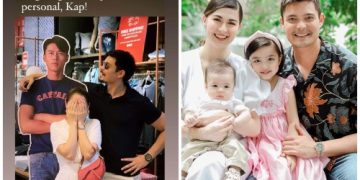 The humorous reaction of the husband of the most beautiful woman in the Philippines when his wife falls in love with Hyun Bin!

The humorous reaction of the husband of the most beautiful woman in the Philippines when his wife falls in love with Hyun Bin!

The humorous reaction of the husband of the most beautiful woman in the Philippines when his wife falls in love with Hyun Bin!
Recently, Marian Rivera posted a photo with her husband standing next to Hyun Bin’s advertising model in a clothing store in the Philippines. The photo immediately stormed the online community. 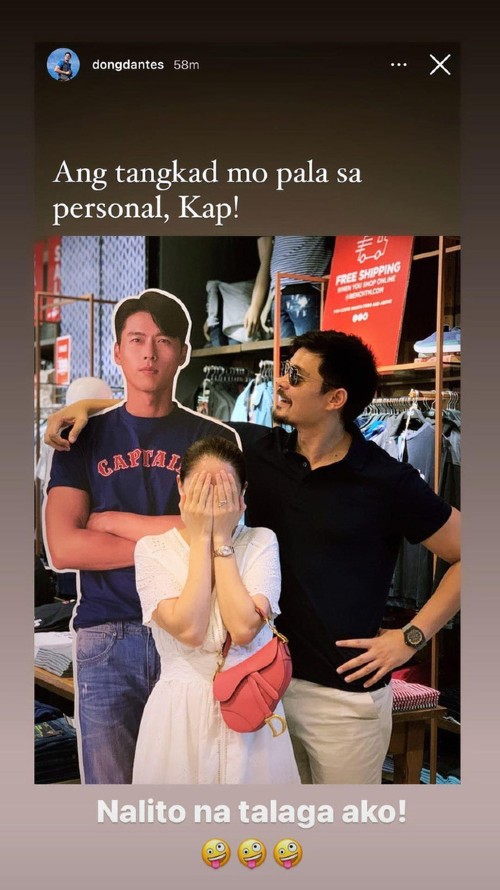 In the picture, “the most beautiful woman in the Philippines” shyly covers her face while standing next to the idol’s advertising model. As for the actress’s husband, actor Dingdong Dantes, standing beside him, also put his shoulder on the advertising model of Hyun Bin and smiled brightly. 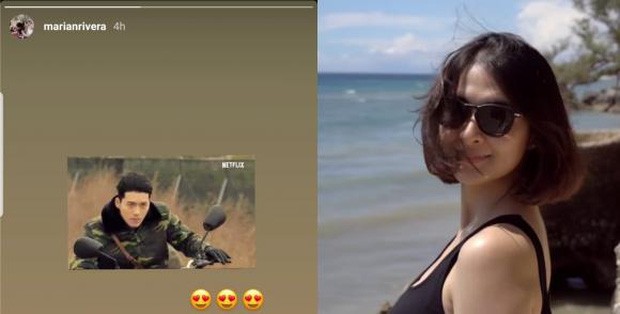 Many people could not help but humorously commented that, this action showed that husband of “the most beautiful beauty in the Philippines” completely agreed that his wife became “fangirl”. Anyone who follows Marian Rivera’s personal page knows that “the most beautiful beauty in the Philippines” has a special love for Hyun Bin, especially after the success of Crash Landing On You. At the time of the drama’s broadcast, Marian Rivera continuously posted images of Hyun Bin on her personal page, despite the fact that she is now married, the mother of two children.