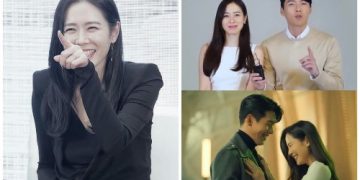 The stormy advertisement clip of Hyun Bin and Son Ye Jin couple released on Valentine’s Day is making fans excited. However, few people know that, according to an employee of the Philippines Smart Company, this is the opinion of Son Ye Jin.
Honestly, Son Ye Jin is happy with her boyfriend Hyun Bin. 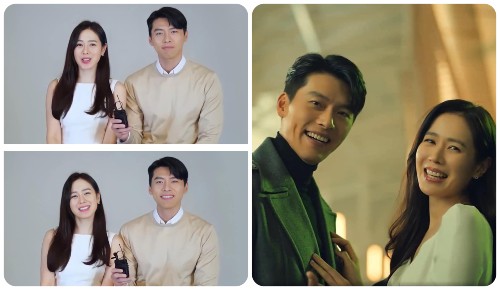 Hyun Bin and Son Ye Jin appeared as the hottest star couple. It’s a couple that makes your chemistry stand out just by standing together. On January 1st, as soon as the New Year of 2021 came, we recognized the rumors of dating and became an official couple.
This time, the two appeared in one commercial. Recently, the Philippine news agency Smart Company released an advertisement video through the official YouTube channel, and the main characters are Son Ye-jin and Hyun-bin.
In the video, Son Ye-jin and Hyun-bin are looking at each other lovingly with smiling smiles. The look of the two people who can’t stand laughter makes the viewers’ cheekbones soar.
The two met through the 2018 film <Negotiation>. Afterwards, in January 2019, a photo was released along with an eyewitness report that the two had enjoyed traveling together in Los Angeles, USA, and dating rumors arose, both sides denied this.
The two people met again last year in the drama <Crash Landing on Love>. This time, I was overwhelmed by the rumors of marriage and separation. Of course, both sides denied it as “a false fact that is not worth mentioning.” Afterwards, the story of the two showing a friendly appearance was circumvented again, and the two sides denied it. And finally, on January 1, 2021, they admitted they were dating for eight months.
Hyun-bin and Son Ye-jin are lovers who make even the viewers happy. When I see the advertisements of the two, it makes me want to see more of their work together.