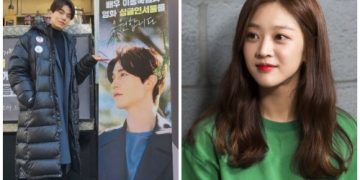 On February 15, Lee Yeon Woo, the head of KeyEast’s management division, shared, “Actress Jo Bo Ah, a lovable and natural-born beauty who has been receiving extensive love from the public for her versatile talents, has joined KeyEast.” They added, “We will provide our unsparing, full support so that actress Jo Bo Ah, who is both buzzworthy and skilled in acting, can take off in a more organized environment.”
Before that, she decided to break up with SidusHQ after 10 years with the management company.

in 2020 she attracted attention when participating in “Tale of the Nine-Tiled, in collaboration with Lee Dong Wook. She also starred in the movie” Innocent Thing. ”

Especially after the success of “Tale of the Nine-Tiled,” she got into rumors of being a girlfriend with Lee Dong wook.