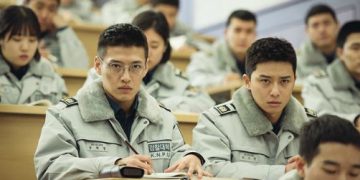 Kang Ha Neul has been confirmed to star in the upcoming drama ‘Insider’. In the movie, he plays a trainee lawyer named Yohan, who participates in a penetration investigation and struggles for the chance to change his fate in the mafia world.
This will be a challenging movie for Kang Ha Neul because his character will have a high difficulty.

‘Insider’ is scheduled to premiere later this year.