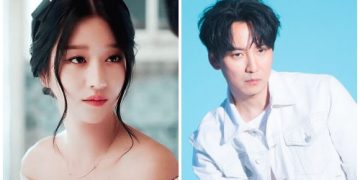 Actors Kim Nam Gil and Seo Ye Ji have been confirmed to take on the lead roles of the drama. Meanwhile, Im Siwan is in talks to join the cast and his character is still being discussed.

The drama tells the story of Won Mi Ho, the only daughter of a father who runs Daehan Group – one of the largest companies in Seoul. She is talented and beautiful, but also arrogant and careless. One day, Won Mi Ho unexpectedly makes a big mistake in his life. Due to this, her father sent her to Jeju Island, where she would work as a high school ethics teacher.

During her time on the island, she will get involved in a ghost case. These ghosts have a desire to escape the human world, and their main goal is Won Mi Ho. Meanwhile, a mysterious ghost hunter will stand out to protect Won Mi Ho from these evil spirits.

Seo Ye Ji is scheduled to play Won Mi Ho, and Kim Nam Gil will play the character of the mysterious ghost who will protect Won Mi Ho during her time on the island.

Seo Ye Ji became more popular thanks to her amazing performance in “It’s okay to not be okay”. She has received great praise from both domestic and international audiences. Now that she will return to the drama stage, audiences have been waiting for the new taste that Seo Ye Ji can bring to her upcoming character.

Meanwhile, Kim Nam Gil has been in various dramas and movies. Recently, it was reported that the star of “The great queen Seondeok” debuted her own agency, Gilstory ENT.

OCN’s drama “Island” is scheduled to air in the second half of 2021.