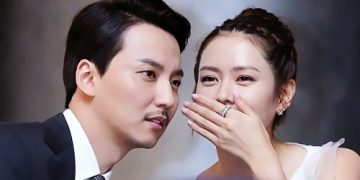 Audiences are worried about the return of Cha Eun Woo and Kim Nam Gil after Seo Ye Ji has dropped out ‘Island’ .

Kim Nam Gil stated, “I will proceed with activities in various fields with Gilstory ENT. We plan to gradually recruit artists from various fields to expand not only our management, but also our artist-oriented IP businesses. I would appreciate it if you would keep on the lookout. ”

The actor rose to stardom with his performance in the MBC drama “The Great Queen Seondeok.” Since then, he took part in dramas such as “Bad Boy” and “Live Up To Your Name” and movies such as “Pandora” and “The Shameless.” He secured his position as a top actor with the 2019 drama “The Fiery Priest.” This year, he will return to theaters with the movies “Guardian” and “Declaration of Emergency” and is currently filming the movie “Night Trip” (literal titles).

In particular, he collaborated with Son Ye Jin to create The Pirates (2014). Since then he has been known as “Son Ye Jin’s The Pirates Lover”.