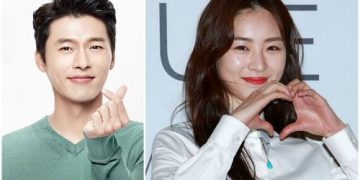 This is the rare time Lee Yeon Hee reveals her husband.

Recently, actress Lee Yeon Hee had an interview to share about returning to the screen after officially getting married as well as switching to another agency.

This is also a rare time, Lee Yeon Hee decided to say something about her husband as well as her marriage.  “My husband supports me a lot. I found a feeling of stability after getting married. [laughs] My husband is a great help to me.”

Lee Yeon Hee added, “I’m still being cautious about revealing my husband. My family is the same way, and I think that keeping my private and public life separate is the right thing to do.”

Lee Yeon Hee announced her marriage in May 2020. Accordingly, Lee Yeon Hee’s husband is not in the entertainment industry, so the couple decided to keep it a secret and held a small wedding in early June 2020.
Lee Yeon Hee flashed with her leading role in the movie “A Millionaire’s First Love” starring Hyun Bin.
In November 2020, she decided to leave the SM Entertainment management company after 19 years and joined VAST Entertainment, the same company as Hyun Bin.