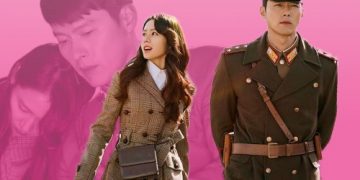 Love Drama by Hyun Bin and Son Ye Jin , Crash Landing on You was confirmed by the Korean Ministry of Culture as the top favorite Korean drama in the world 2021.

Love Drama by Hyun Bin and Son Ye Jin , Crash Landing on You was confirmed by the Korean Ministry of Culture as the top favorite Korean drama in the world 2021.

Crash Landing on You really proved its success in 2020 when it was continuously recorded as the Korean drama with the highest viewership on many platforms like Netflix.

Here are the results for the K-Drama category:
“Crash Landing on You” was the leading favorite Korean drama with a score of 9.5 percent. It was followed by “It’s Okay to Not Be Okay” with 4.1 percent, “The World of the Married” and “Itaewon Class” both with 2.8 percent, and “Kingdom” with 2.5 percent.