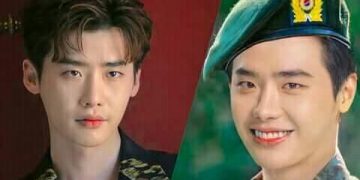 Lee Jong Suk after 2 years of absence, is still on the top Korean male actor that is most loved by international fans!

Lee Jong Suk after 2 years of absence, is still on the top Korean male actor that is most loved by international fans!

Lee Jong Suk, after 2 years of absence, is still on the top Korean male actor that is most loved by international fans!

A recent government report revealed the most beloved Most Popular Korean Stars around the globe 2021are Lee Min Ho, Hyun Bin, Gong Yoo, Song Hye Kyo and Lee Jong Suk. In particular, actor Lee Jong Suk still proves his influence and reputation in the international market, although he has been absent from the entertainment market for nearly 2 years due to his military service.

This will give him motivation and encouragement for Lee Jong Suk to make a great comeback in new projects in 2021.

On January 28, the Korean Ministry of Culture and the Korea International Cultural Exchange Foundation announced their 2021 Overseas Hallyu Survey.