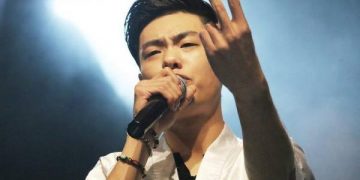 On January 25, Dispatch reported that Iron was found bleeding and unconscious on an apartment complex’s flower bed in Jung District, Seoul at 10:25 a.m. that is.

Seoul Jungbu Police Station confirmed in a call with Dispatch, “We were called in by an [apartment] guard who told us they discovered Iron. He was urgently taken to the hospital, but he passed away. ” They added, “At this point, it is unclear whether or not Iron died by suicide. We are investigating the exact cause of his death. ”
Iron was the runner-up on Mnet’s “Show Me the Money 3” in 2014.