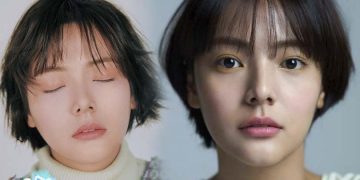 The news that School 2017 actress suicide made the audience shocked.

Heartbreaking: School 2017 actress Song Yoo Jung suddenly passed away due to suicide!
The news that School 2017 actress suicide made the audience shocked.
On the morning of January 25, Korean media reported that actress Song Yoo Jung committed suicide, passed away on January 23. The actress is 26 years old. She is known for her series of roles in Golden Rainbow, Make Your Wish, School 2017 and in iKon’s Goodbye Road MV.
Besides, Song Yoo Jung is also a promotional model for many cosmetic and coffee brands. Last year, the actress signed with Sublime Artist Agency. While her Career was developing, Song Yoo Jung unexpectedly committed suicide, shocked the fans. Currently, the police are continuing to investigate and clarify the cause of the death of the actress born in 1994.
Song Yu Jung’s funeral procession will begin on January 25 at 1:30 p.m. KST.

Our deepest condolences go out to Song Yu’s family and friends.