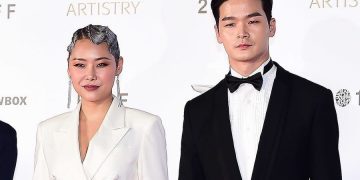 Cheetah and Nam Yeon Woo have officially confirmed that they broke up.

Cheetah and Nam Yeon Woo have officially confirmed that they broke up.

Goo Hye Sun said her new boyfriend is a short and intelligent man !!

On January 21, Cheetah’s agency shared with Xportsnews, “Recently, Cheetah and director Nam Yeon Woo ended their romantic relationship. Confirming the reason for the breakup would be difficult. ”

They continued, “Currently, Cheetah is doing well, appearing on a variety of broadcasts. She is also continuing to work on her new album. ”

On the same day, Hosoo Company, the agency of actor and film director Nam Yeon Woo, shared a statement with My Daily. They commented: “After confirming with director Nam Yeon Woo, it is true that he and Cheetah recently broke up. However, they did not break up because the two had a bad relationship. He said that they decided to remain good colleagues who cheer one another on. ”